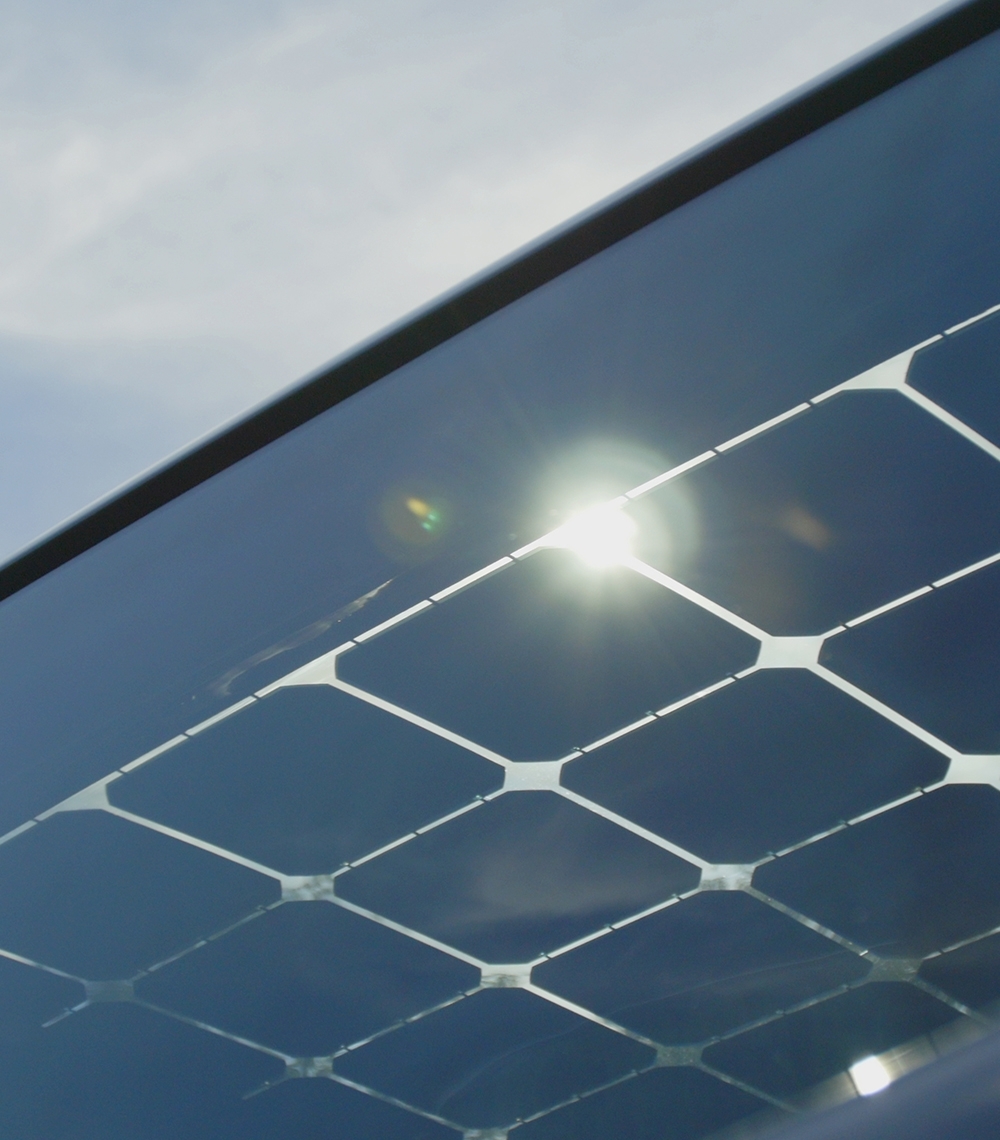 As you may know, I work full-time as a marketing manager and communications expert and have a lot to do around the topic of buying. In my private life, however, I am not really a person who consumes so much and am content with the things I already have. When I buy something new, it has to offer me considerable added value, be durable and have a good value for money. My girlfriend gets upset about me a couple of times. Sometimes it just takes too long for me to make a decision. Especially with expensive items, it can take months until I finally buy them.

My Christmas present to me – a car
One of these purchases took place on 24/12. A gift to me and to the world – that’s how the train of thought was. I ordered the car “Sion” from the German startup “Sono Motors“. The whole thing is a very innovative electric car for normal people in my opinion, but more about that later. Sion is the manufacturer’s first car and is due to be delivered at the end of 2019. In summer 2017 the first prototype of the vehicle was presented and since then pre-orders have been collected. With today’s status, the small team was able to collect almost 3000 advance orders. The Munich-based company is thus pursuing a similar strategy to the big electric car model Tesla – but with a much lower budget.

That lousy feeling
I feel bad with my car. It’s really bad. And the media coverage did not improve. I drive a VW Passat built in 2003 with diesel engine. This car doesn’t have a “diesel gate” – but only because the car is so old that it can no longer be held responsible for it and doesn’t have to carry out any repairs on such old models. I’ve known for years that my next car must be an electric car. Environmental protection is very important to me and if I already have a car, it should at least be environmentally friendly. For a long time I have been speculating here with the VW eGolf. Finally a manufacturer has finally managed to build an electric car, which is not a design disaster. Of course, the price of almost 40.000 € as well as the range of just 150 km and a very slow charging electronics deterred me. Quick charge in seven hours? No, thanks. Reports on the Internet from users that eGolf has a range of only about 80 km in winter further dampened the euphoria.

So why did I decide to buy a Sono Motors Sion?

Infrastructure
What has prevented me and, until now, most people in Germany from doing so is not only the high purchase price and the unavailability of affordable used cars, but also an inadequate infrastructure for refuelling. Sion offers me the possibility to refuel at home at the power outlet and with two different charging possibilities for fast charging. The highlight, however, is that the entire car is covered with solar cells. Sono Motors wants to charge the car. The aim is to achieve a daily real range of up to 30 km in summer. In winter, however, only in the single-digit range. My current journeys often amount to only 100 km per week. This means that 30 km or even less is completely sufficient for me to drive a car without any external infrastructure during the summer months. Over the past few months, various test drives have been carried out and a lot of data collected. The results of this are that the Sion even charges a little bit at night and on sunny days it can reach up to 50 km. The advertising promise thus does not seem to be, as with other car manufacturers, strongly embellished.

Driving range
Many car manufacturers advertise with ludicrous ranges, whether it’s an exhaust or an electric motor. We should not be talking about consumption values or even exhaust fumes. Sono Motors has announced the Sion with a NEDC range of 320 km and a “real range” of 250 km. Real range also means driving with 120 km/h over the motorway. Of course, I am sure that the range will not be so high when driving long distances on the motorway. Nevertheless, for me a car should have a range of about 200 km for an easy ride without a break.

Price
Sono promises a price of 16,000 € + battery. Sounds fair to me and is clearly positioned in terms of price among all electric cars from established manufacturers. This is possible because Sono Motors uses as many parts as possible that are already approved for cars. For example, many parts of BMW were discovered in the prototype. And quite honestly? That’s okay, too. There are millions of working hydraulic springs, steering wheels and buttons for air conditioning in the world. You don’t always have to reinvent the wheel. The focus here is on form follows function. For me it’s all right, a car is for me a commodity and not a prestige object.

Despite the low price, Sion comes along with other gimmicks that are also worth mentioning, such as integrated car sharing, moss air filters and bidirectional charging. This means that nothing stands in the way for open air party. The era of dirty and noisy diesel engines is then over. As a musician I asked directly what kind of sound system I can expect. Unfortunately, that has not yet been decided. In case of need there is a outlet to have the right system.

So that I can pay for the Sion in two years and at last also climate-neutral I would be happy about your support, be it in the form of a music download or something from my merchandise store. Thank you : – )

All the best
Marc